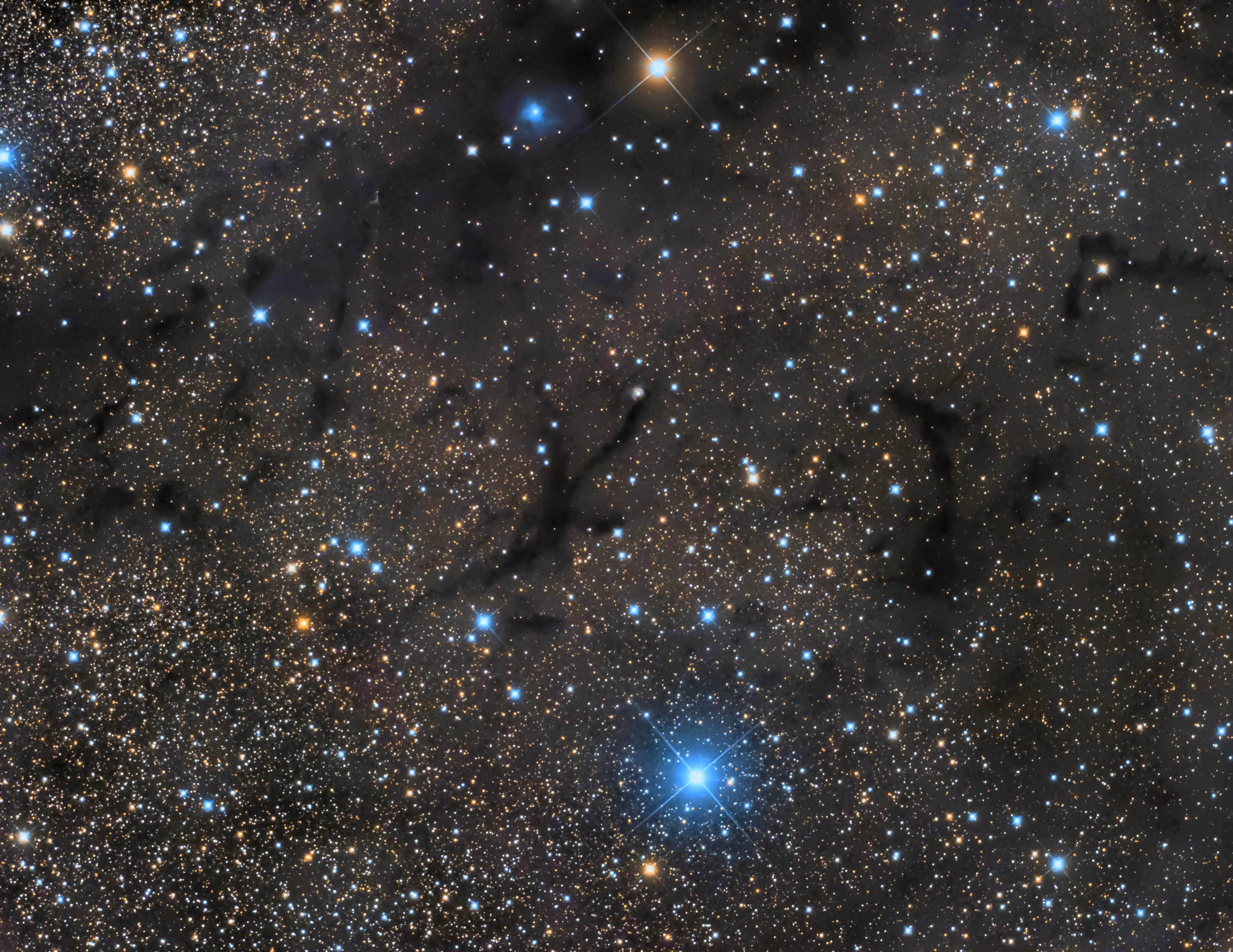 V1331 Cygni (also known as V1331 Cyg) is a young star in the constellation Cygnus. V1331 Cyg is located in the dark nebula LDN 981.
The star is most noted for having an arc-like reflection nebula surrounding it. This circumstellar disc is a great birthplace for young stars, which form in the cloud.

What makes V1331Cyg special is the fact that we look almost exactly at one of its poles. Usually, the view of a young star is obscured by the dust from the circumstellar disc and the envelope that surround it. However, with V1331Cyg we are actually looking in the exact direction of a jet driven by the star that is clearing the dust and giving us this magnificent view.This view provides an almost undisturbed view of the star and its immediate surroundings allowing astronomers to study it in greater detail and look for features that might suggest the formation of a very low-mass object in the outer circumstellar disk. 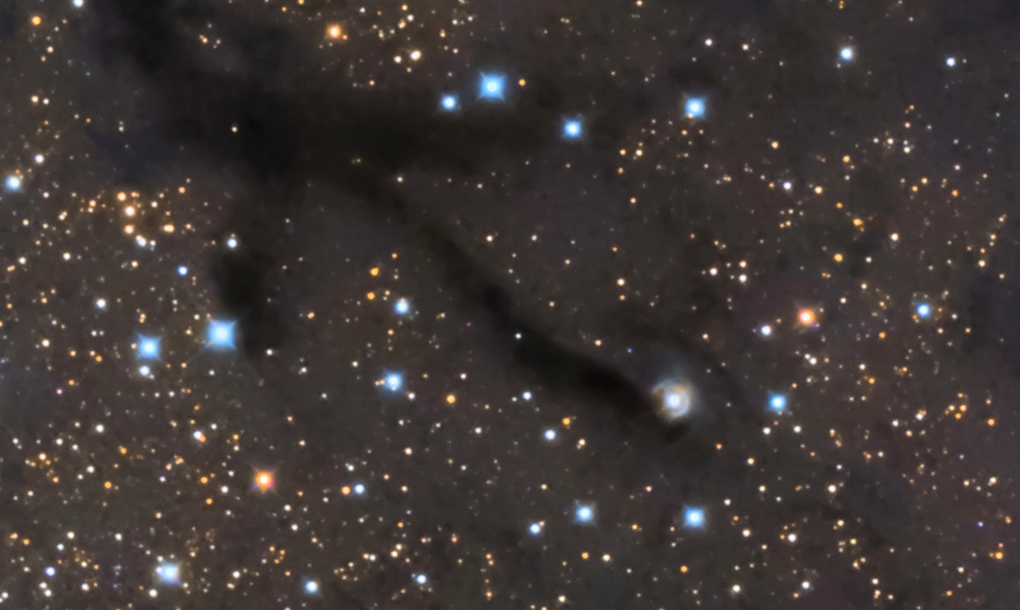