The shape or morphology of this galaxy has a classification of SAbc, indicating a spiral form with no central bar feature (SA) and moderate to loosely wound arms (bc). There is a general lack of large scale continuous spiral structure in visible light, so it is considered a flocculent galaxy. However, when observed in the near infrared, a symmetric, two-arm structure is seen. Each arm wraps 150° around the galaxy and extends out to 13,000 light-years (4,000 parsecs) from the nucleus.

M63 is a weakly active galaxy with a LINER nucleus – short for 'low-ionization nuclear emission-line region'. This displays as an unresolved source at the galactic nucleus that is cloaked in a diffuse emission. The latter is extended along a position angle of 110° relative to the north celestial pole, and both soft X-rays and hydrogen (H-alpha) emission can be observed coming from along nearly the same direction. The existence of a super massive black hole (SMBH) at the nucleus is uncertain; if it does exist, then the mass is estimated around 850 million times the mass of the Sun.

Solved with Galaxies and Quasar 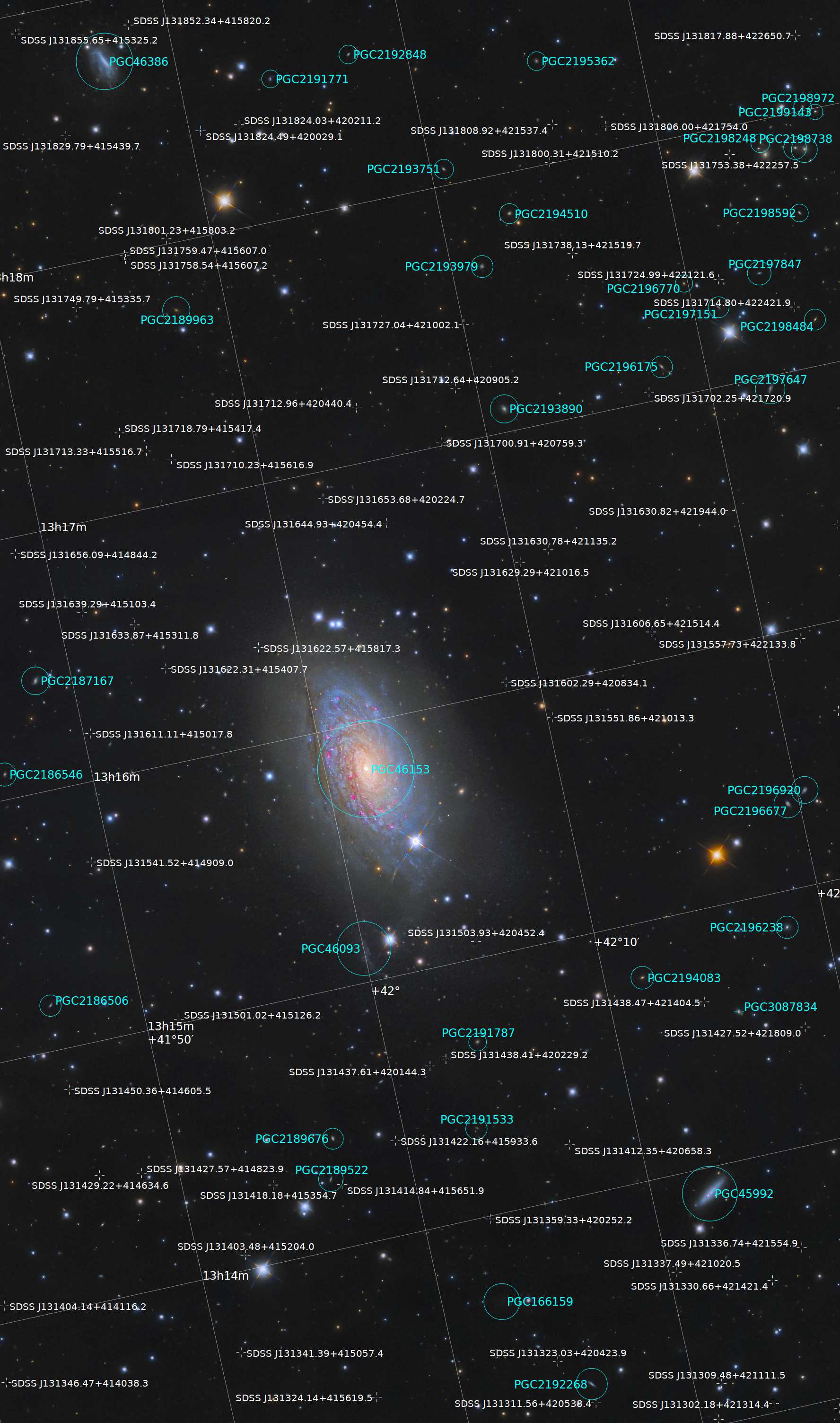