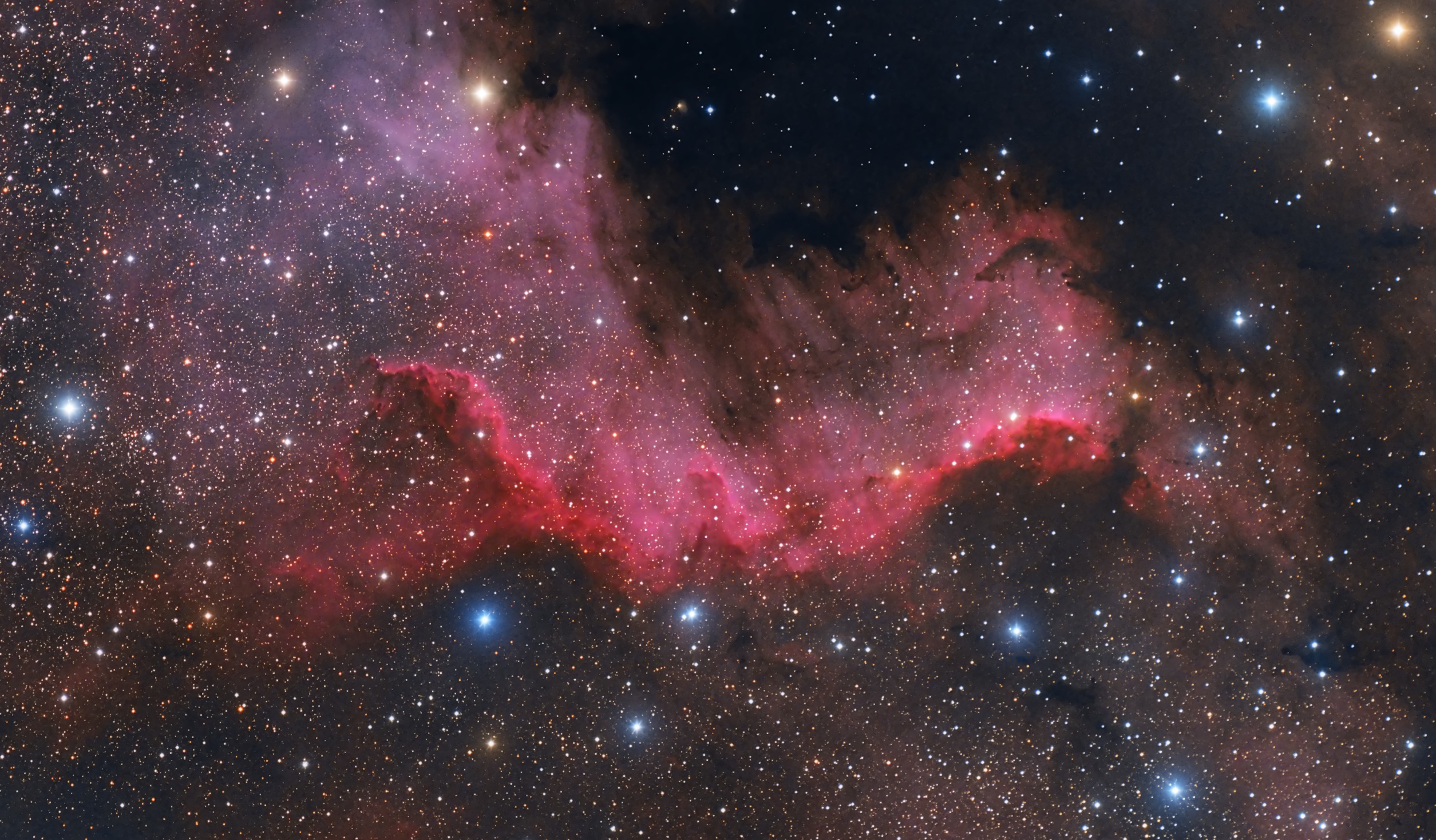 The North America Nebula is large, covering an area of more than four times the size of the full moon; but its surface brightness is low, so normally it cannot be seen with the unaided eye. Binoculars and telescopes with large fields of view (approximately 3°) will show it as a foggy patch of light under sufficiently dark skies. However, using a UHC filter, which filters out some unwanted wavelengths of light, it can be seen without magnification under dark skies. Its prominent shape and especially its reddish color (from the hydrogen Hα emission line) show up only in photographs of the area.

The portion of the nebula resembling Mexico and Central America is known as the Cygnus Wall. This region exhibits the most concentrated star formation.

the wall in HYDROGEN ALPHA