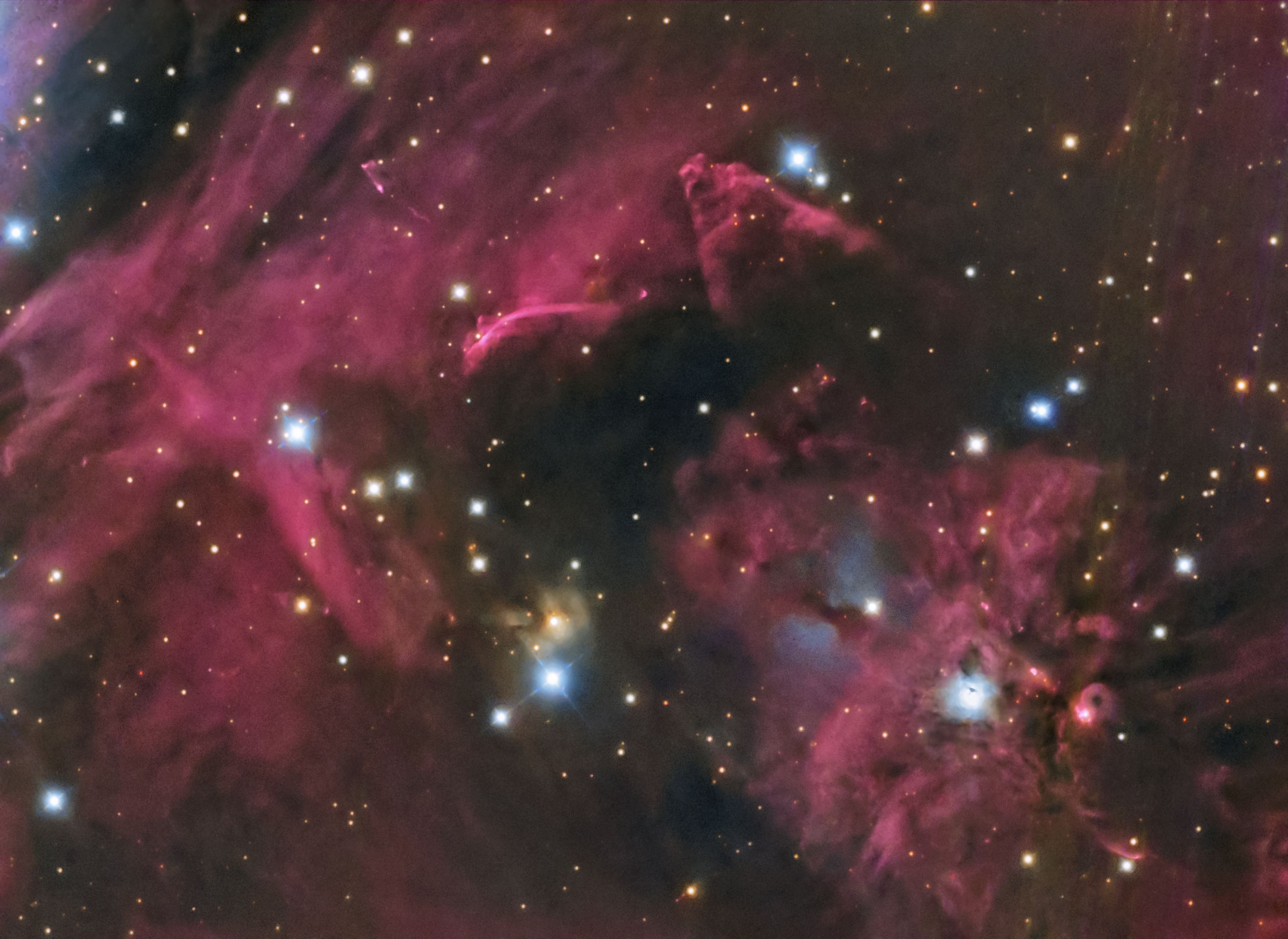 NGC 1999 is a dust-filled bright nebula with a vast hole of empty space represented by a black patch of sky, as can be seen in the photograph. It is a reflection nebula, and shines from the light of the variable star V380 Orionis.

It was previously believed that the black patch was a dense cloud of dust and gas which blocked light that would normally pass through, called a dark nebula. Analysis of this patch by the infrared telescope Herschel (October 9, 2009), which has the capability of penetrating such dense cloud material, resulted in continued black space. This led to the belief that either the cloud material was immensely dense or that an unexplained phenomenon had been detected.