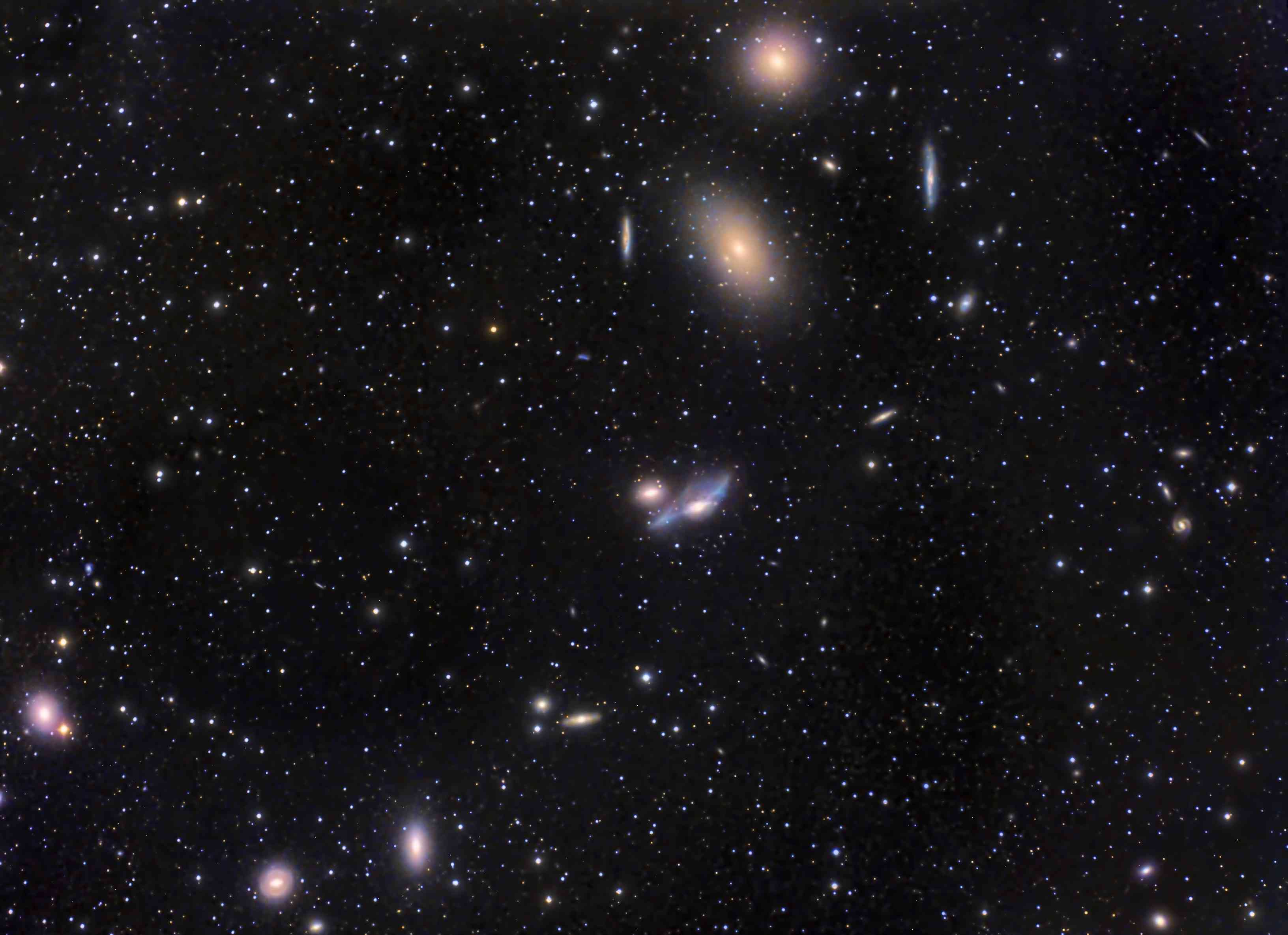 Messier 86 (NGC 4406) is a lenticular galaxy in the heart of the Virgo Cluster of galaxies. It forms a conspicuous pair with the giant lenticular Galaxy M 84.

The galaxies M 84 (center) and M 86 (right) are the brightest members of Markarian's Chain, in the heart of the Virgo Cluster. The Palomar-Quest Survey Team, CalTech.
Messier 86 and Messier 84 were both discovered by Messier on March 18, 1781.

The distance to M 86 has been measured at about 50 million light-years. At this distance, its angular separation from M 84 corresponds to a projected distance of only 300,000 light years. However, there is probably some radial distance difference between these two galaxies; it is not known which is farther away from us.

Current thinking, however, is that M 86 is falling towards the center of the Virgo cluster, which accelerates it toward us. High velocity values are not totally uncommon in clusters of galaxies like Virgo's, whose huge agglomeration of mass has a strong gravitational field. Deep images of M 86 show slight disturbances of its faint outskirts, probably caused by gravitational interaction with its neighbors, and provide additional evidence for its Virgo Cluster membership.