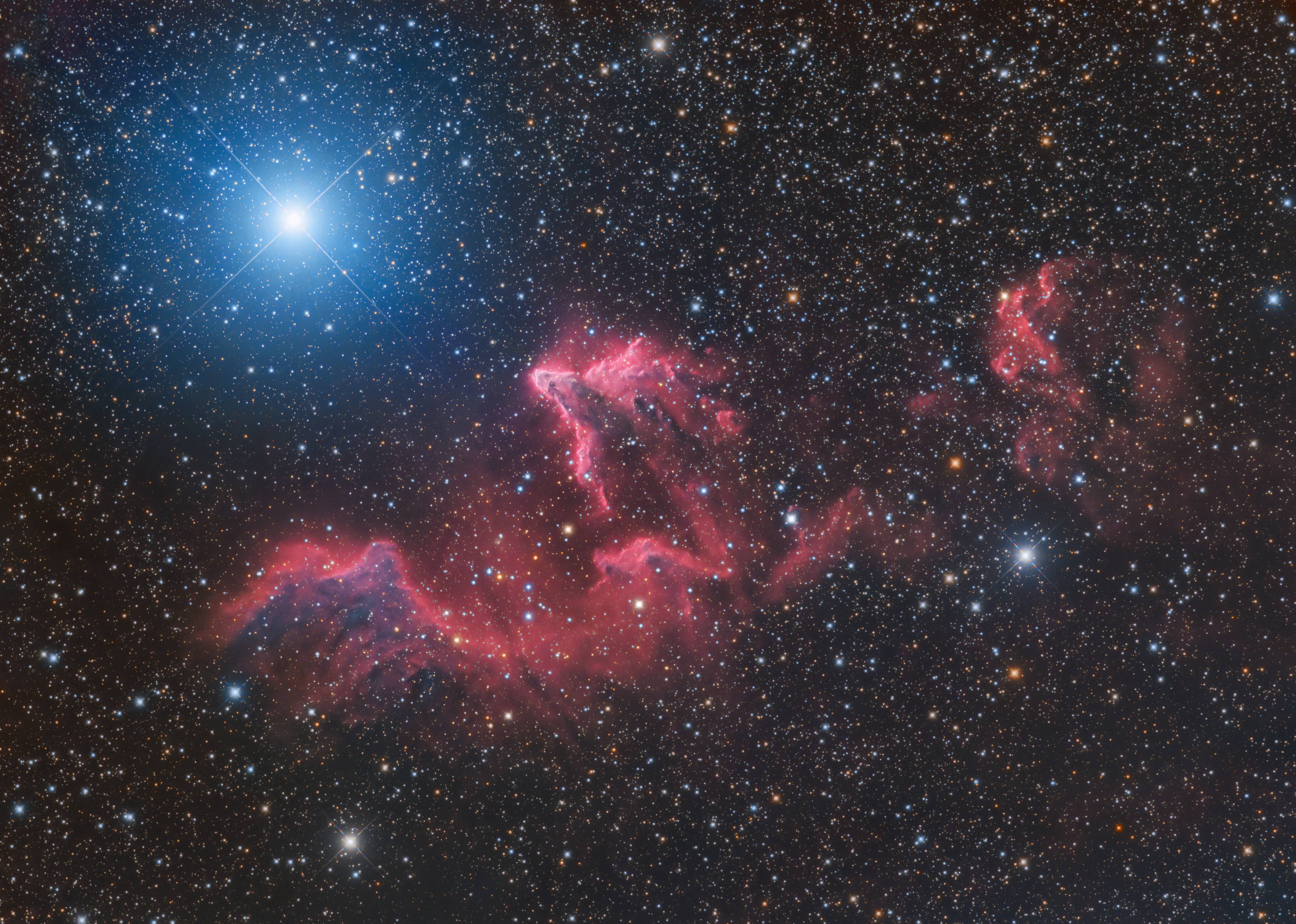 in the constellation of Cassiopeia lies IC 63, a stunning and slightly nebula about 500 light years away from our sun.
Also known as the ghost of Cassiopeia, IC 63 is being shaped by radiation from a nearby unpredictably variable star, Gamma Cassiopeiae, which is slowly eroding away the ghostly cloud of dust and gas. 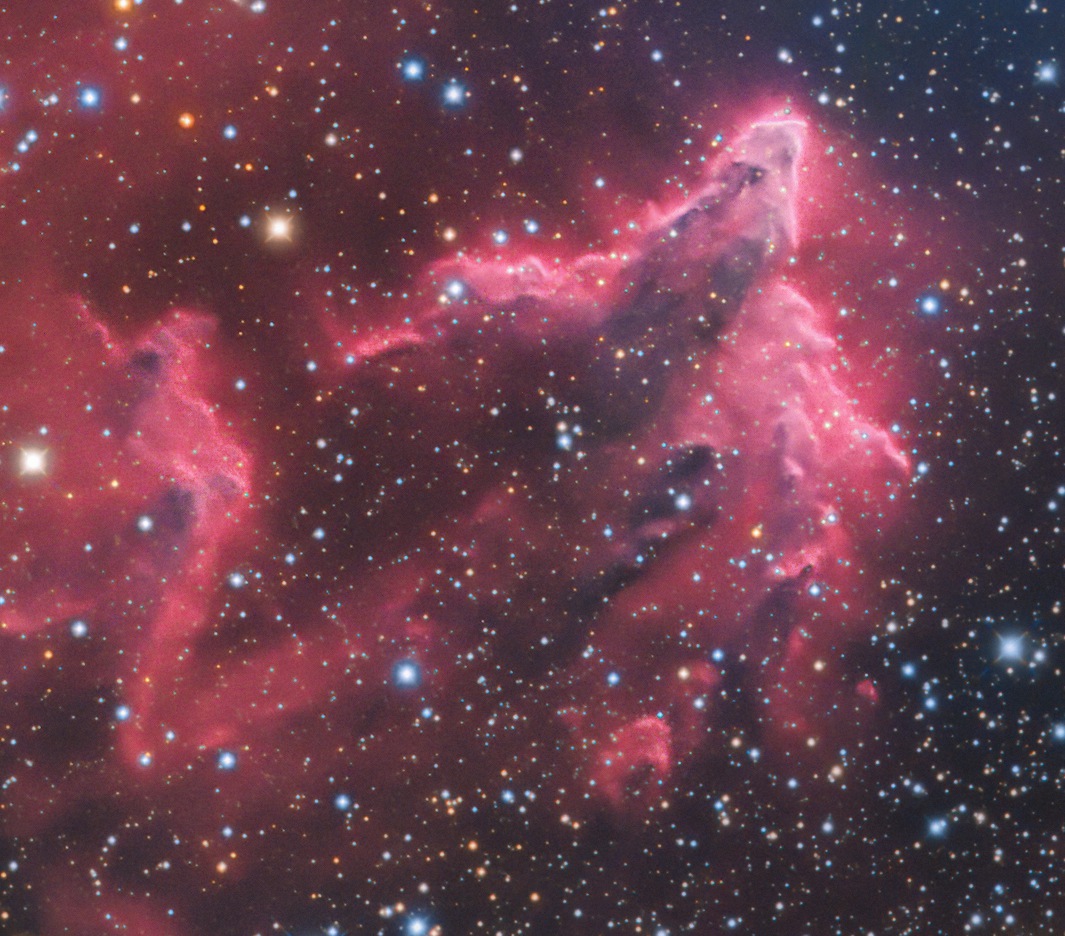 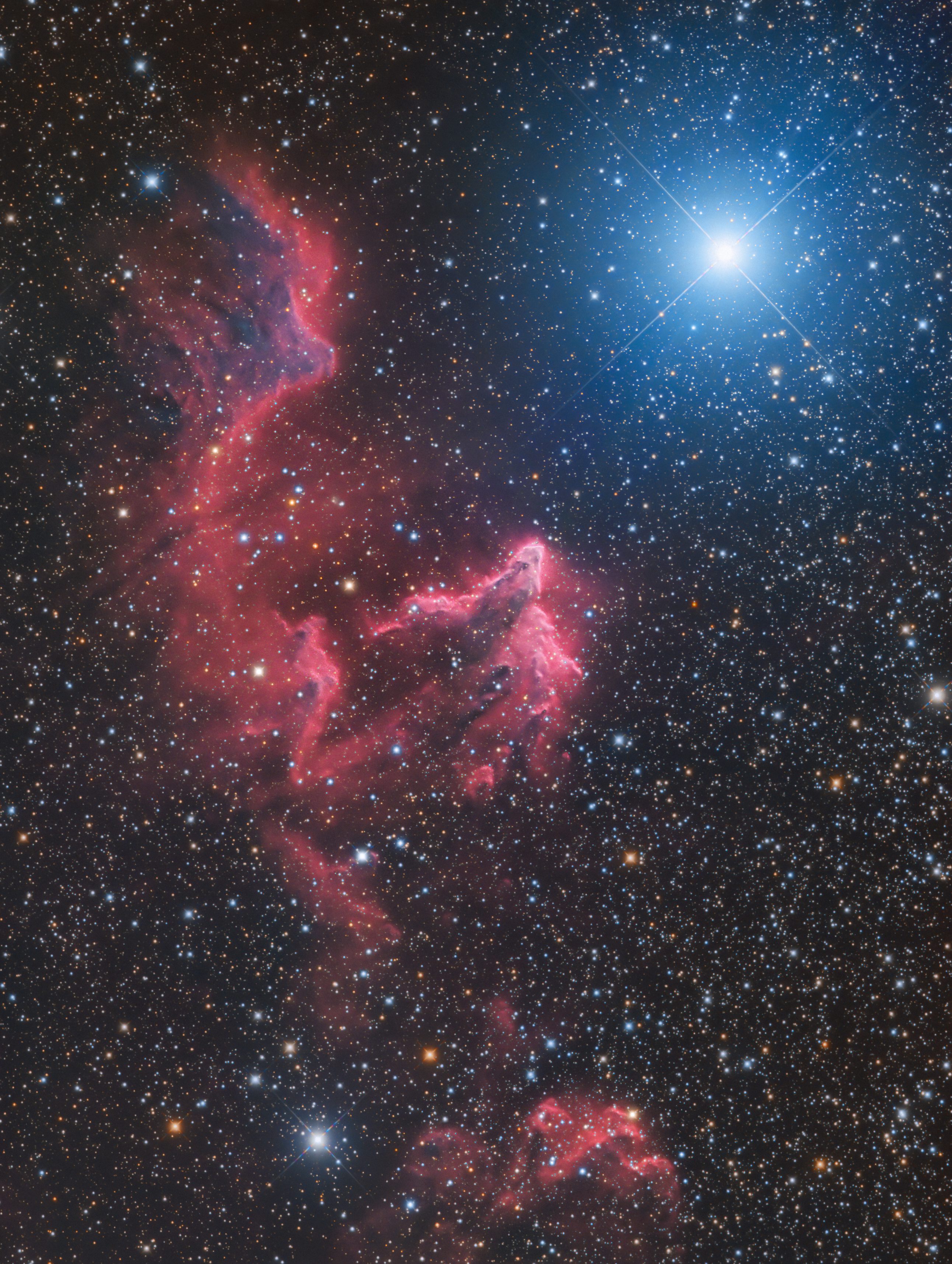