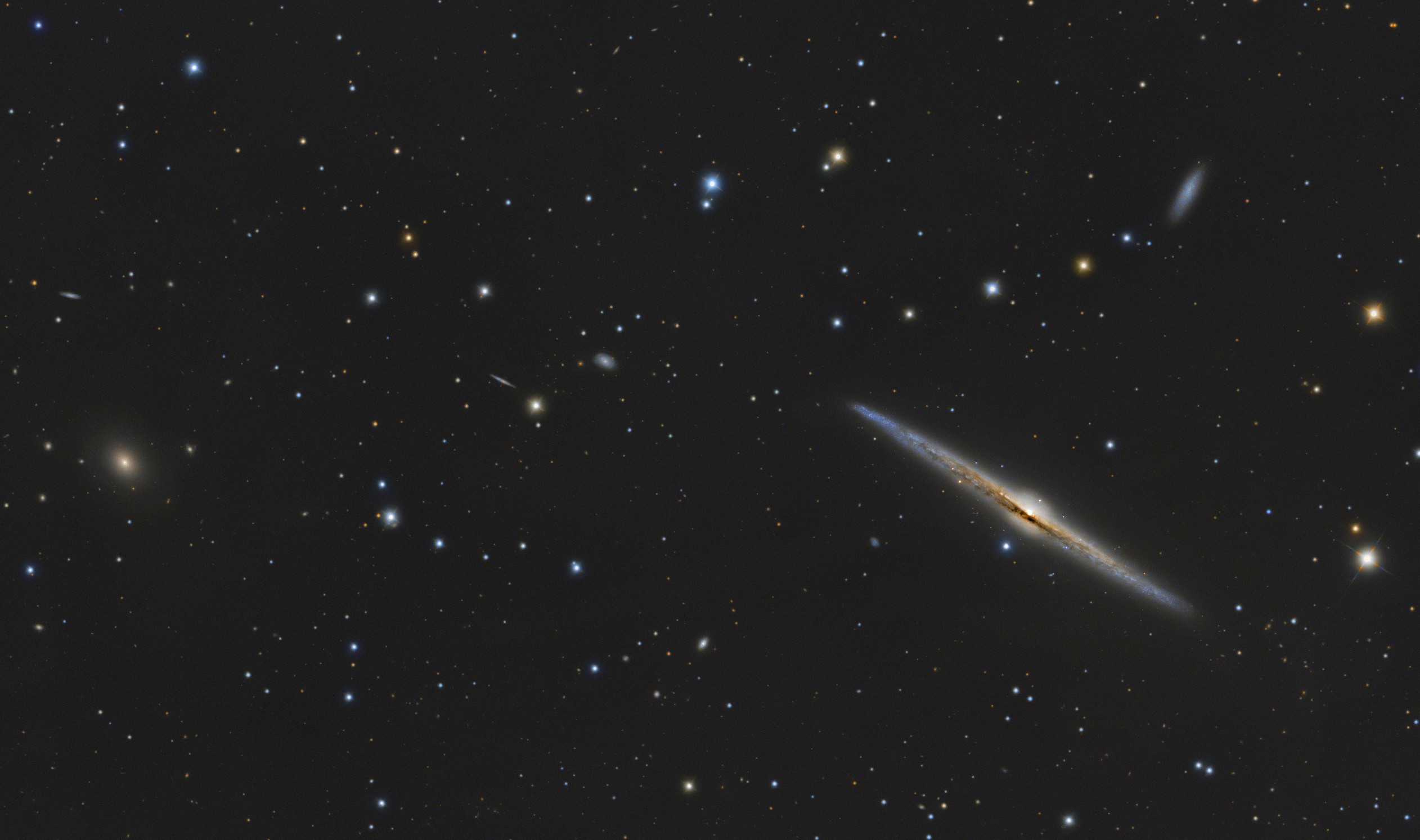 NGC 4565 (also known as the Needle Galaxy or Caldwell 38) is an edge-on spiral galaxy about 30 to 50 million light-years away in the constellation Coma Berenices. It lies close to the North Galactic Pole and has a visual magnitude of approximately 10. It is known as the Needle Galaxy for its narrow profile. It is a prominent example of an edge-on spiral galaxy
NGC 4565 is a giant spiral galaxy more luminous than the Andromeda Galaxy. Much speculation exists in literature as to the nature of the central bulge. In the absence of clear-cut dynamical data on the motions of stars in the bulge, the photometric data alone cannot adjudge among various options put forth. However, its exponential shape suggested that it is a barred spiral galaxy. Studies with the help of the Spitzer Space Telescope not only confirmed the presence of a central bar but also showed a pseudobulge within it as well as an inner ring 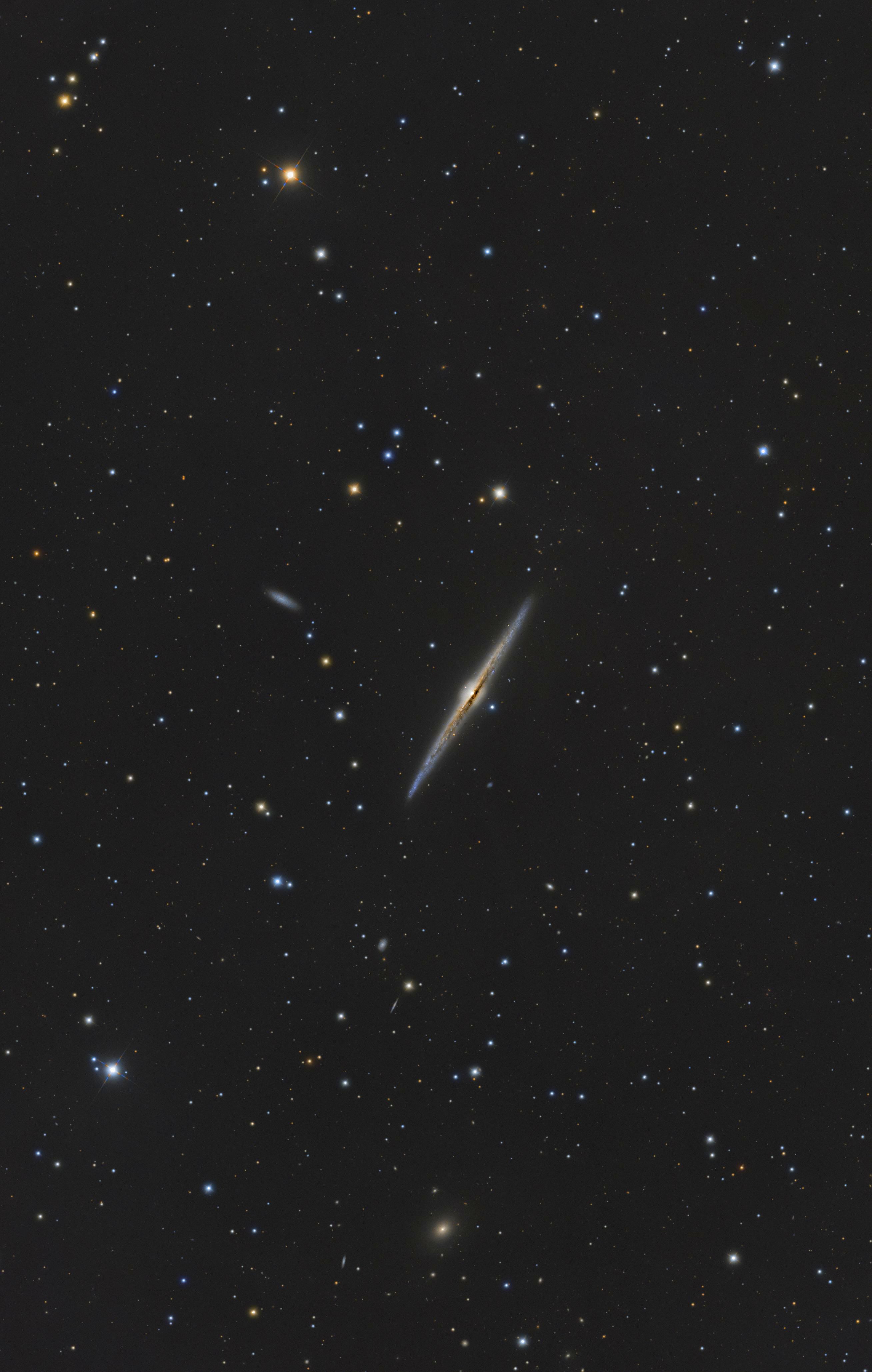