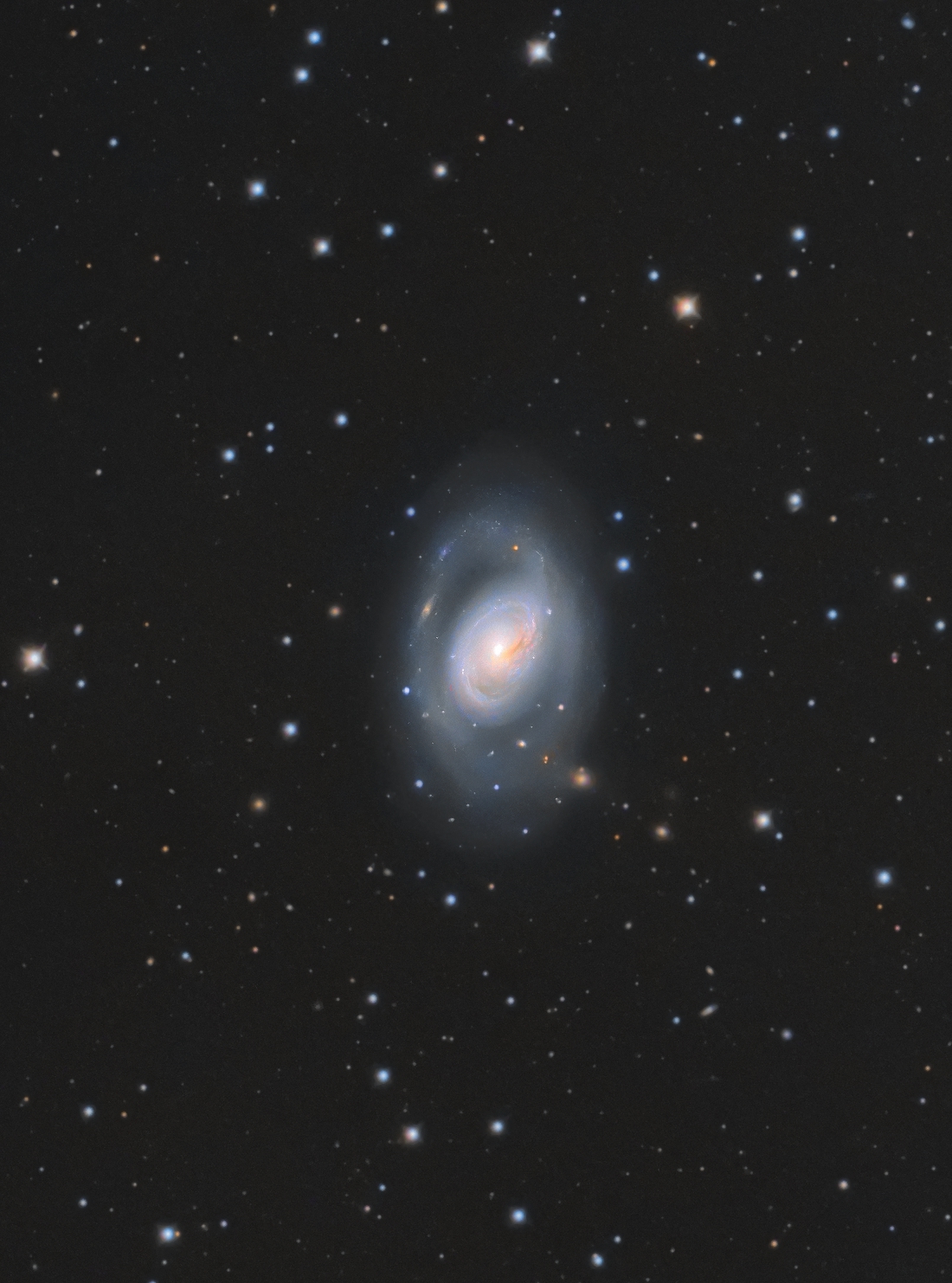 Messier 96 (also known as M96 or NGC 3368) is an intermediate spiral galaxy about 31 million light-years away in the constellation Leo.
Messier 96 is about the same mass and size as the Milky Way. It is a very asymmetric galaxy; its dust and gas are unevenly spread throughout its weak spiral arms, and its core is just offset from the midpoint of its extremes. Its arms are also asymmetrical, thought to have been influenced by the gravitational pull of other galaxies within its group.