XO-6b is one of the puffiest planets ever discovered, with a maximum mass of 4.4 times of Jupiter. It is up to twice as wide, making it one of the largest exoplanets ever found Later estimates, however, make it around two times the mass of Jupiter

XO-6b orbits XO-6, a faint 10th magnitude star in the constellation Camelopardalis. Due to its magnitude, this star is too faint to be seen with the naked eye, but can be seen with a telescope. XO-6 is a F-type main-sequence star with about 1.5 times the mass of the Sun. It is also radiating 4 times as bright, and is almost twice the size of the Sun. It is also hotter, with a temperature of 6720 kelvins, which gives it the typical hue of an F-type star. Unlike most other stars of its kind, XO-6 rotates rapidly at a rate of 43 km/s. 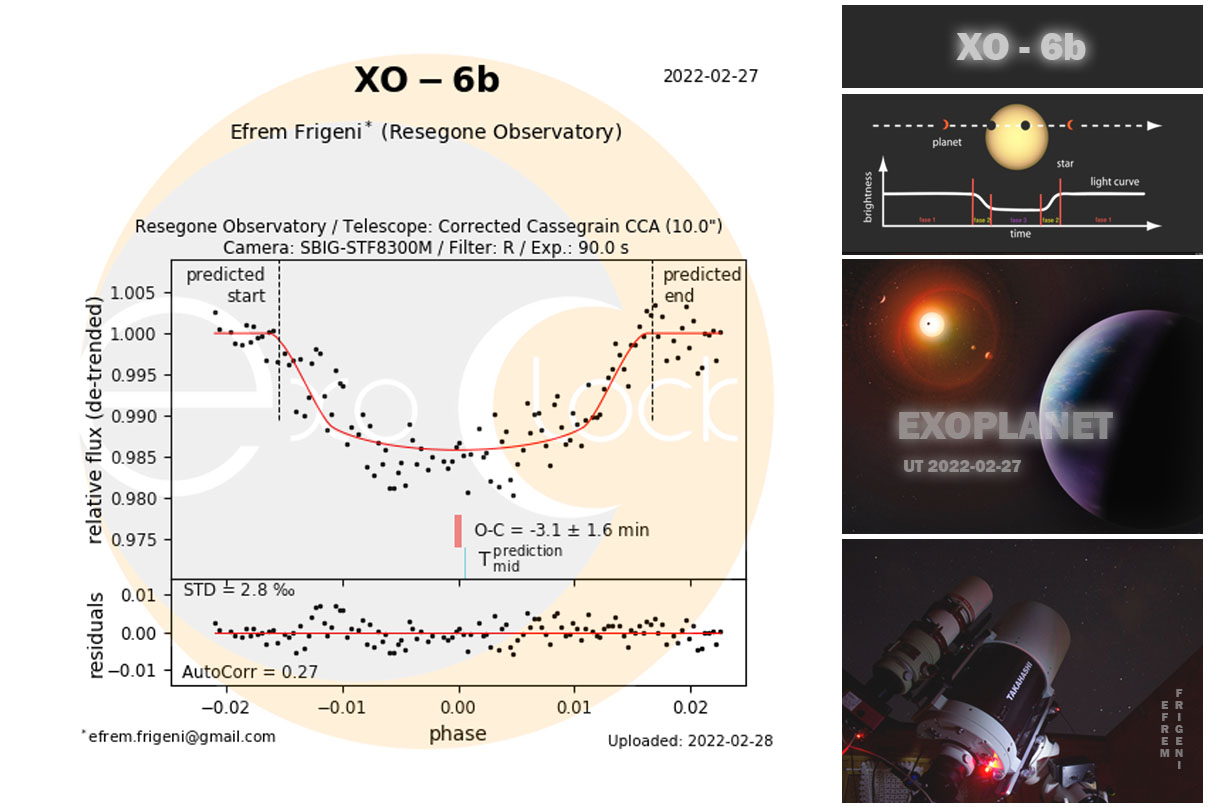